Tarot.nl / The History of The Tarot 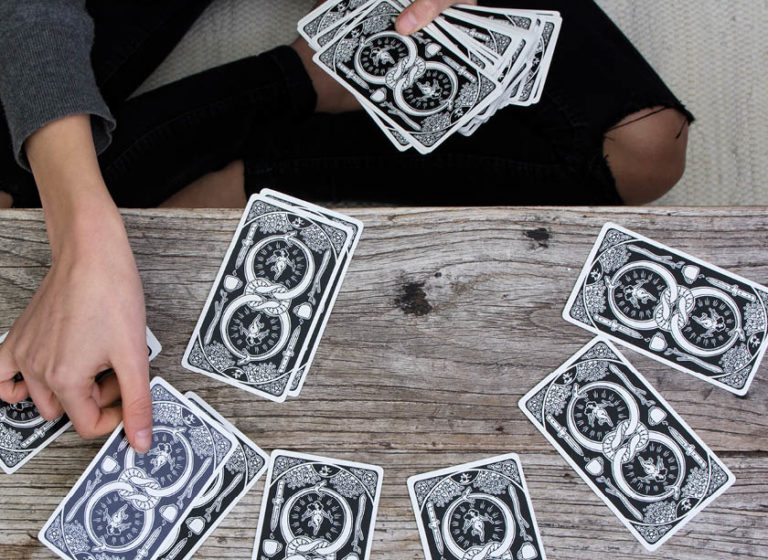 The Tarot (tarocchi) appeared in Italy in the 14th century, just as Witches were disappearing. The 78 unnamed and unnumbered cards of the deck were divided into two categories: 22 “trumps” with mysterious figures; and 56 cards, organized in four “suits” or “pips” —spades/Swords, hearts/Cups, clubs/Wands, and diamonds/Coins. Originally used for gaming and gambling, the cards were quickly put to the task of foretelling the future, primarily by and for women.

Then, beginning in the late 18th century, theories about the Tarot’s mystical origins and purpose began to appear. None were ever corroborated, but its reinvention as an esoteric path for spiritual awakening had begun. The trumps were renamed the Major Arcana and the suits the Minor Arcana, activating the cards’ potency and possibilities—arcana means “mysterious or specialized knowledge, language, or information only accessible to or possessed by an initiate.”

In 1910, artist Patricia Smith and writer Arthur Waite, two initiates of the Hermetic Order of the Golden Dawn, a British esoteric group, created a Tarot deck that revolutionized the appearance, meaning, and use of the Tarot. The Golden Dawn was devoted to the alchemical refinement of the human Spirit and its members practiced ceremonial magic in order to change consciousness at will, transforming the lead of an unknowing mind into the gold of an enlightened Spirit. Their Tarot deck, published by the Rider company (so, for brevity, the Rider deck), was a guide to the soul’s journey.

Smith replaced the Minor Arcana’s geometric arrangement of symbols with human figures engaged in a wide range of the daily activities, events, and emotions that make up the journey of human life. She used the Golden Dawn’s system of magical correspondences, which drew on the work of early Greek philosophers, to help tell these stories, incorporating the elements and their symbols or magical tools—Air/Swords, Fire/Wands, Water/Cups and Earth/Pentacles (Coins)—as metaphors for the journey of human life.
The second half of the revolution was the new interpretation provided by Waite, particularly with regard to the Major Arcana, which he also numbered and named. He focused on correspondences between the Tarot, esoteric magic, and the Qabbalah, a body of Jewish mysticism, to craft new meanings for the cards. He also included simple fortune‑telling formulas like: “Perfect contentment, felicity, ecstasy; also speedy intelligence; gold,” but his most significant contribution was the use of the Major Arcana as a meditative and magical map for the soul’s transformation. That has been its purpose and value for esoteric practitioners ever since. (The Minors were considered of less importance for this purpose.)

Soon, other knowledge systems like numerology and astrology were integrated into Tarot interpretation, and the Tarot became a tapestry connecting Western mystical systems. The esoteric philosophy, practice, and symbols of the Golden Dawn that were integrated into the Rider deck also had an important influence on the modern revival of Witchcraft. An example is the Table of Correspondences, which organizes the four elements and their related magical tools, along with aspects of Nature and human nature, deities, and more.
The next important shift occurred in the 1980s, when a group of Tarot writers and readers, primarily women, took Tarot interpretation in a modern direction. Expanding on their knowledge of the esoteric interpretation, Rachel Pollock, Mary Greer, Angeles Arrien, Gail Fairfield, James Wanless, and others reinterpreted the cards using a new system of knowledge—psychology.

Psychologist Carl Jung’s conception of archetypes, powerful universal energies or patterns in humanity’s individual and collective unconscious, now explained why the Major Arcana held such potent psychological meaning for seekers, and his theories of synchronicity, meaningful coincidences generated by the deep consciousness of the person experiencing them, explained how the Tarot cards worked with such remarkable accuracy. The Minor Arcana cards, with their depictions of daily life, took on a deeper value than they had for esotericists and “fortune‑tellers.” Tarot became an increasingly popular tool to help people understand themselves better and so transform their lives.

The trend ever since has been toward this more “humanistic” Tarot. This approach integrates the Rider deck’s esoteric symbolism and dynamics with the insights of psychology to explain the influences that affect and motivate us and make us who we are. The advice of the Delphic Oracle—“Know thyself”—reverberates in today’s interpretation: self‑awareness, personal growth, and the possibility of awakening to the presence of a living, conscious, and caring Universe. There is an essential harmony of purpose to both approaches—giving people greater insight into themselves and their innate capacities to create lives of meaning and fulfillment within a greater, even divine, context.

Rider Tarot cards are rich with symbolism, and one no longer has to be an initiate to understand the code or a psychologist to apply Jungian interpretations. And with the Minor Arcana’s remarkable accuracy in foretelling, the Rider deck has long been the gold standard (alchemical pun intended) in the creation of countless new decks. Its influence has meant the Tarot’s imagery, interpretations, and values have remained largely unaltered for the last 100 years, though the human figures have been increasingly replaced by a variety of characters, from cats to comic book heroes. Even modern Witches’ decks still rely heavily on the Rider deck’s imagery.

Today, the Tarot has become a mirror in which to see the hidden and holy self within, a telescope to see what lies ahead, and a method of magical/spiritual transformation. 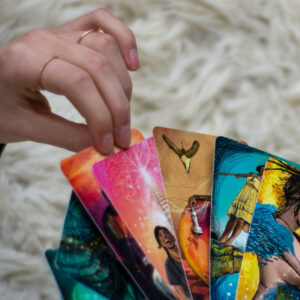 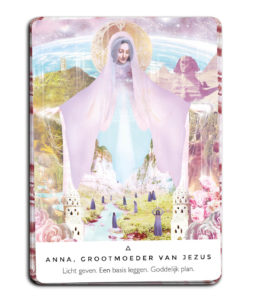 The Tarot of Loka